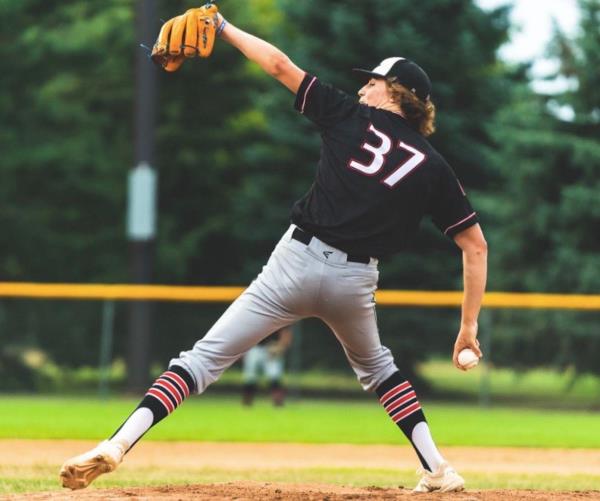 Season ends short of state spot for the Jays
Posted on Sep 20, 2021

The Prior Lake Jays fell short of earning a second straight trip to the Class B state tournament.

The seventh-seeded Jays fell 14-4 to fourth-seeded Chaska Aug. 6 in an elimination game at Athletic Park to finish the season with a 9-14 record.

Prior Lake opened the playoffs with an 8-0 loss at second-seeded Victoria Aug. 1, before winning 7-5 over sixth-seeded Eagan in the losers bracket Aug. 4.

The top four teams from Section 3B make the state field. Those four teams are top-seeded Chanhassen, third-seeded Burnsville, Victoria and Chaska.

Last summer, Prior Lake ended their 11-year state drought by making the state field for the first time since 2009.

Against Chaska, Prior Lake fell behind 6-2 after the first two innings and couldn’t recover. The Cubs blew the game open with a five-run sixth inning.

The Jays were forced to use five pitchers — Hunter Sheehan, Camden Weisz, Takuma Padilla, Ben Koopman and Mitchell Goodwin. Sheehan started and was saddled with the loss.

Cooper Smith and Goodwin led Prior Lake at the plate. Smith finished 2 for 3 with a double, home run and two runs scored. Goodwin also homered, going 3 for 3 with two RBIs.

Jonah Haeg also drove in a run for the Jays, while Beau Rabey was 1 for 3 with a run scored.

In beating Eagan, Prior Lake scored two runs in the top of the seventh inning on Jeff Butler’s two-out, two-run double, scoring Michael Gabbard and Goodwin who had back-to-back singles with one out.

Butler finished 2 for 5 with three RBIs. Smith was 3 for 6 with two RBIs, while Gabbard was 3 for 4 with three runs scored.

Goodwin ended up 2 for 4 with two runs scored, while Austin Gordon and Dustan Green each had an RBI.

In the loss to Victoria, the Jays could not stop the Vics starter Riley Sweeney, who tossed a two-hit shutout with 11 strikeouts.

The Vics led 4-0 after four innings. Sheehan took the loss, working three innings and giving up four runs. Koopman gave up three runs in 3 1/3 innings, while Eisenberg allowed a run in two-thirds of an inning.

Weisz pitched a scoreless ninth for the Jays with two strikeouts.

Prior Lake’s two hits were singles from Smith and Green.