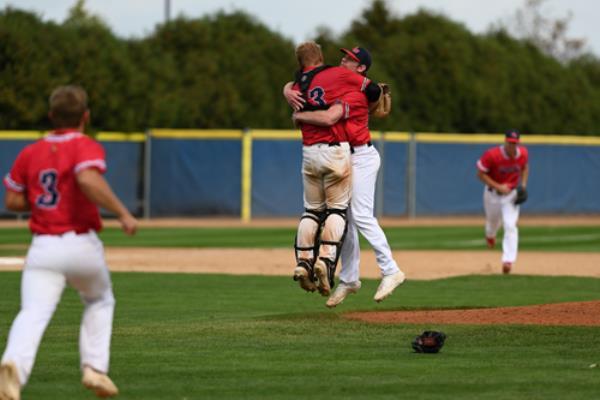 Some things never seem to change and that’s especially true with the Class B rankings to start the season.

Three-time defending champion Chanhassen has held down the top spot in the rankings for the vast majority of the past three years and once again begins the season at the No. 1 team.

The rest of the top 10 includes the usual names and they’ll be jockeying for position throughout the season.

1. Chanhassen Red Birds — Will the Red Birds ever lose again?

2. Moorhead Brewers — The Brewers always have a very strong squad and finished runner-up in 2020.

3. Elko Express — The Express are 3-0 already in 2021 and added Chase Hentges from Chaska over the winter to bolster their lineup.

4. Cold Spring Springers — The Springers had a strong showing at state in 2020 and are always tough to beat come August.

5. Miesville Mudhens — The Hens perennially contend for the Section 1B crown and perform well at state. 2021 should be no exception.

6. Northfield Knights — The Knights made their fourth consecutive trip to state in 2020 and have started 2-0 this summer.

7. Dundas Dukes — The Dukes impressed with a 10-1 victory at state in 2020 before losing to Moorhead. Despite a 1-2 start this summer, Dundas should remain amongst the state’s best.

8. Champlin LoGators — The LoGators are off to an 0-3 start this summer but can’t be ignored given their success in recent years. Expect a turnaround as the full roster returns.

9. Blaine Fusion — The Fusion made some waves in the 2019 state tournament but suffered an upset in the Section 4 playoffs last season to miss out on state. Chances are Blaine will return to the state tournament this season.

10. Moorhead Mudcats — The Mudcats have made two consecutive state tournaments and lost close games in round one.

2. Moorhead Brewers — The Brewers are always one of the final teams standing just like Miesville.

3. Miesville Mudhens — One of the best in the state, always one of the last teams standing.

4. Cold Spring Springers — Still one of the top teams despite the age of some the players.

5. Blaine Fusion — Plays in competitive league and section and is usually top dog.

6. Champlain Park LoGators — This team is on the rise, watch out for the LoGators.

7. Northfield Knights — Usually competing on to the second weekend of the tournament.

8. Dundas Dukes — They are a tough team and a tough section but they find a way to get it done.

9. Elko Express — Made it last year and lost in the second round to Cold Spring.